The date was the 2nd of February 1917, the place Leafield - Oxfordshire… what? Well, a very special girl being born to a very ordinary farming family. This was a spitfire girl, and here is her story.

In her early life, Mary had a fascination with aviation as her home was very close to RAF Bicester and RAF Port Meadow. When she was 11 years old, her father took her to a flying circus where they were taking people for joy rides in biplanes; he paid for her to have a go and she knew then that she wanted to learn to fly. At the age of 16, she started having flying lessons at a flying club at Witney, where she got her PPL (private pilot’s licence) and with whom she flew until the outbreak of war in ’39 when all civilian flying was banned.

She spent the first years of war stuck on the ground twiddling her thumbs - more or less - until she realised that she could join the ATA (air transport auxiliary) in October 1941. She was posted to a pool of female pilots in Hamble in Hampshire. Throughout the entirety of the war, she flew over 1,000 aeroplanes of 76 different types including some of the greats: Harvards, Hurricanes, Spitfires and Wellington bombers. She was sometimes flying aircraft from the factories to airfields, and sometimes from airfields to the frontline so it could be a very dangerous job!

After the war however, the ATA was disbanded as there was no frontline, so no need for that part, and the rest could be done within the RAF. Ellis would not stop though. She was seconded to the Royal Air Force and continued to ferry aircraft. She was also one of the first women to fly the Gloster Meteor, Britain’s first jet fighter and an incredible aircraft.

Later, she moved to the Isle of Wight where, in 1950, she became the manager of Sandown Airport and the first ever female air commandant in Europe. Mary managed Sandown for a whole twenty years alongside founding the Isle of Wight aero club at the same time. Ellis also hired Vera Strodl, another former ATA pilot, as the chief flying instructor at the club. In 1961, whilst managing the airport, she married a fellow pilot Don Ellis and they had a house next to the runway. Don died in 2009 and nine years later Mary passed away as well on the 24th of July 2018 aged 101.

In 2016, she published her autobiography: ‘A spitfire girl: One of the world’s greatest female ATA pilots tells her story’ 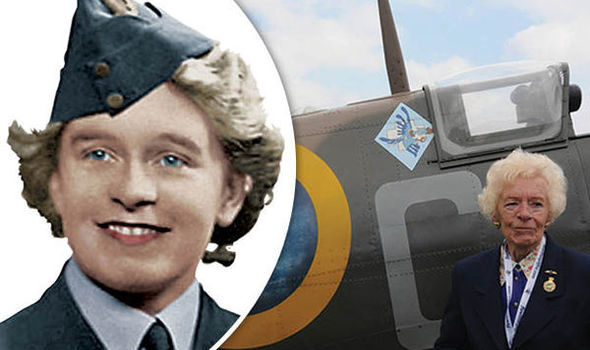