On Saturday 14th May, Didcot's premier martial arts club, Phoenix Taekwondo, performed a unique Taekwondo charity stage show at the Amey Theatre Abingdon. The show celebrated 25 years of the club and all the ticket proceeds went to support the local Oxfordshire charity, 'Be Free Young Carers (BFYC)' (supporting the lives and well-being of young carers in Oxfordshire). The hire of the theatre and all other production costs were covered by the club. Amongst the 120 strong martial artists on stage, a quarter were students from either SBS and DGS with a 50-50 split between girls and boys, many of whom have been with the Phoenix team for 5-10 years (along with many parents performing).

The event was completely sold out and attended by the new Mayor of Didcot. Phoenix Taekwondo and their students managed to raise an astonishing £2500 for the BFYC charity. Phoenix Taekwondo provide Taekwondo classes for all ages at the Willowbrook Leisure Centre.

FYC were quoted as “it was fantastic you must be extremely proud of all your students. We are very grateful to have been invited and even more so for the kind donation from Phoenix Taekwondo.”

To find out more about Didcot’s Phoenix Taekwondo Club find them at: www.phoenixtaekwondo.net or phoenix.taekwon@gmail.com 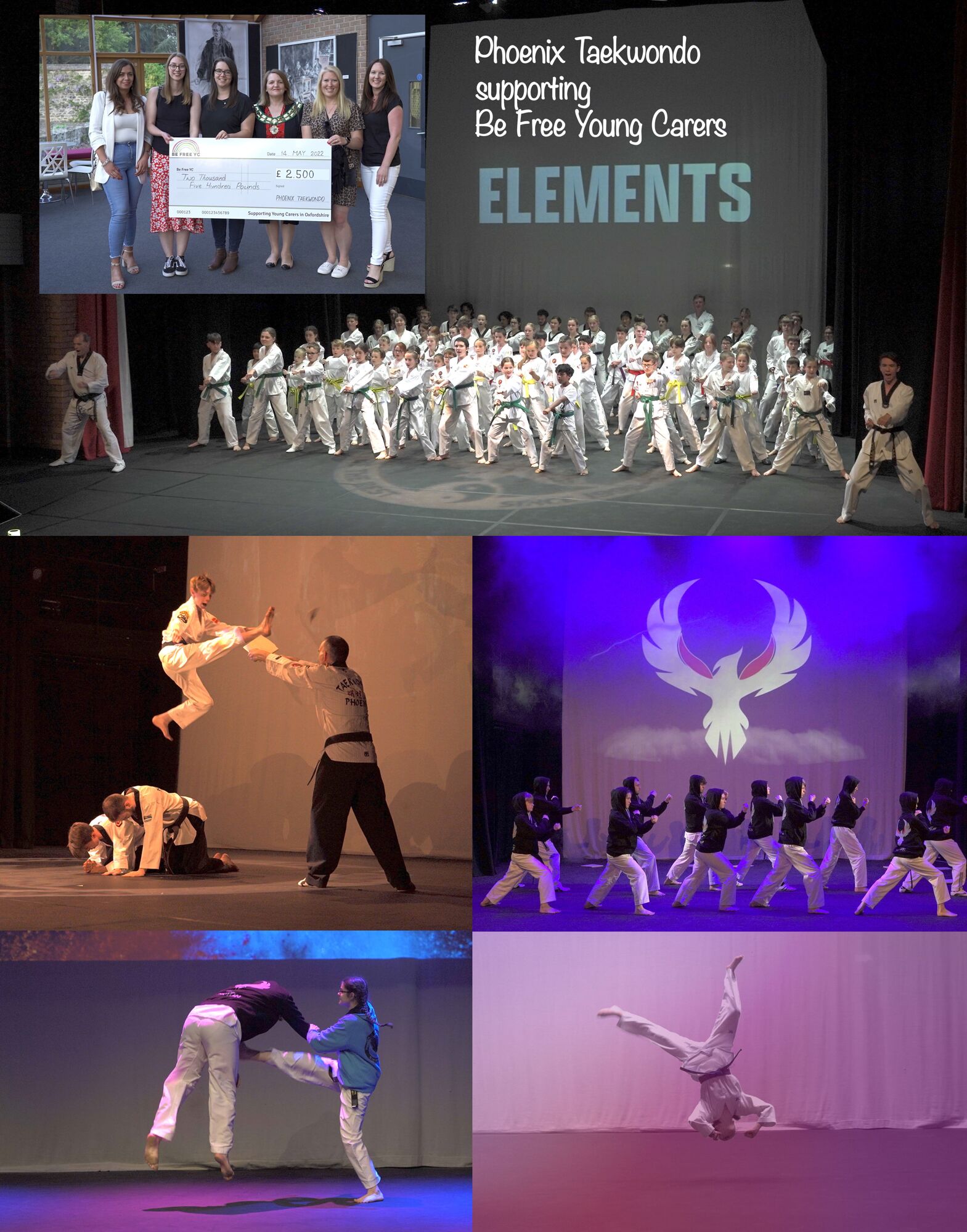